Since publishing the "The Intersection Man" in 2015, I received many emails from my readers enquiring what happens after the cliff-hanger ending of the book. After much dilly-dallying, I started writing the sequel sometime mid-2016. As is often the case, the writing soon took a life of its own and in March 2017, I typed in the concluding line of the novel. I must admit, this gave me an immense sense of satisfaction. Especially since all the loose ends of part 1 was, I felt, satisfactorily resolved in the sequel. 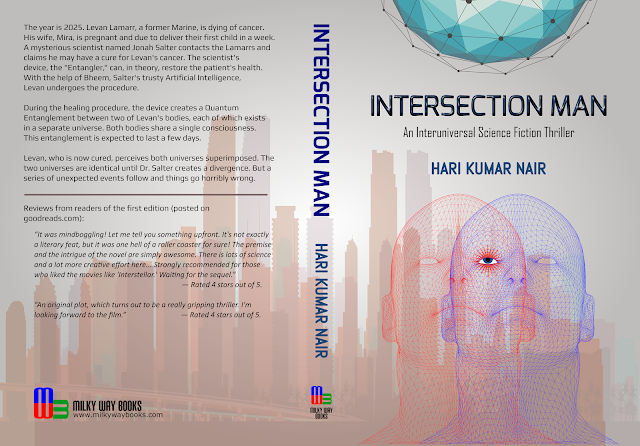 The sequel comprised of two parts. In other words, it was a three-part novel if you include the first part that was published in 2015. I decided to split the sequel into two parts since they were set in different time periods.
The first round of editing was completed in April 2016. However, this time I decided to get some professional help for a more detailed editing. It took another five months before the complete volume of "Intersection Man" became available on Amazon. If you notice, I decided to drop the definite article, 'the' this time. "Intersection Man" is not merely the sequel but includes part 1, 2 and 3 bundled together in a single volume of 408 pages (135,000 words).
Since its publication, I have started receiving some encouraging feedback. One of which is given below: 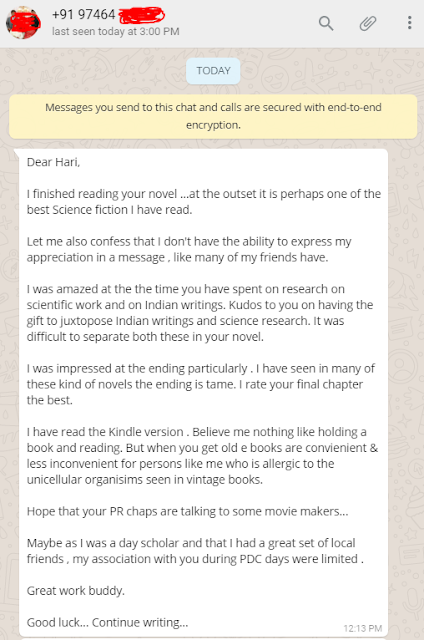 To know more about the book, please visit the Milky Way Books website, where you can find a short synopsis. There you may read the first four chapters of the book for free. A link to the Facebook page of the book is also provided there. The Facebook page contains a ton of information and graphics related to the book. The Ebook version of the book, which you can read on your smartphone, tablet or Kindle is only $1. The paperback version can be purchased from Amazon for $17.
Posted by urbanyogi at 4:14 PM No comments: